To Z or Not to Z:
Does Google SEO
Penali(z)e your Spelling? 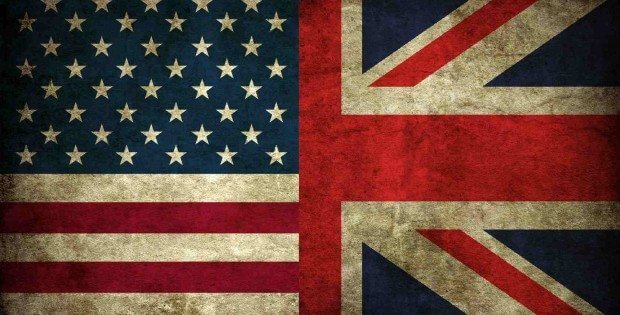 As non-American self-proclaimed grammar nazis, we often find ourselves both perplexed and not a little irritated by the perceived Americani(z)ation of the English language.
It’s been around a long time, and if it’s good enough for the Queen, then gosh-darn it, it should be good enough for you!

So imagine our surprise when we started researching this article and discovered that the ise/ize conflict in question did not originate in America at all, but actually stems from the difference in the spelling of verb endings between the Greek etymological root -izo and the French -ise, as in baptize/baptise.

Similarly, the or/our debacle stems from the Latin -or and the Old French, or Norman, -ur, as does -er and -re. So we have neighbor/neighbour and meter/metre.

Equally surprising was the fact that British spelling was only adopted formally around 1755 when Johnson’s A Dictionary of the English Language was published.
Prior to that it was a free for all, with writers as well known as Shakespeare himself often switching back and forth between the two systems.

American English likewise owes it’s formality to a dictionary, in this case Webster’s An American Dictionary of the English Language, published in 1828.
It is believed that Webster favoured the reformed spelling as much for it’s simplicity and etymology, as for it’s perceived patriotic opposition to Norman English spelling, and Britain in general.

A jarring note on the subject cannot go unmentioned, however, and that is Andrew Carnegie’s (thankfully) disastrous attempt to reform the spelling of the English language.

The Simplified Spelling Board (1906 – 1920) was created in an attempt to simplify English and make it easier to learn. It smacks of conspiracy, and was roundly rejected despite Carnegie investing thousands of dollars into it and bringing his not inconsiderable political muscle to bear, before finally being disbanded on his death.

Try this out for size (excerpt from the Handbook of Simplified Spelling – 1920):

“…ther hav been, and ar, many words speld in more than one way on equal authority of good usage.”

Does this affect your SEO?

With Google playing the policeman of the internet, and with the online presence of nearly every money making endeavour in the world, digital marketing, and SEO particularly, is of vital importance.

If you don’t rank, you tank.

But how does the self respecting English speaking literate adapt to the demands of Americanised English?

If you build custom bikes, will your potential client search Google for “Customise” or “Customize”?
Does the web developer “optimise” or “optimize”?

Does Google even care?

This is a surprisingly difficult subject to get a definitive answer on. Most of the search results we found dated as far back as 2009, and that’s an eternity in web-speak.

What we can say pretty definitively, is that Google has upped it’s game in the grammar-nazi department.

This image, from a Q&A blog posted in 2010 shows a typical Google result from the time:

Performing the same search today makes it clear that Google has recognised the issue and made allowances for it. We have to assume therefore that Google won’t penalise you for your choice of spelling. But will your viewers?

Google doesn’t only rank you with bots. Google also ranks you by seeing how humans interact with your site, and this is where your choice of spelling will make a difference.

If your target market is in England, use British spelling, because it’s a near certainty that your potential audience will be searching for Grey Parlour Chairs, as opposed to Gray Parlor Chairs. The same would go for Australia, New Zealand, South Africa, and to a lesser (and somewhat confusing) extent, Canada.

If, however, you do business in the rest of the known world, we think it prudent to stick to American English, as even non English nations have adopted this form of spelling, and you ignore it at your peril.

Did we mention WP WebDev offers it’s services to a global audience?

In conclusion, despite your background, you need to write for your audience, and not for Google. An American living in England needs to plan his or her SEO around a British spelling public, and an Australian living in Texas needs to write for an Americanized consumer. (See what we did there?)

So this is the last post you will see on this website using the Queen’s English. From here on out, it’s sulfur not sulphur, optimize not optimise, and Spellchecker all the way!